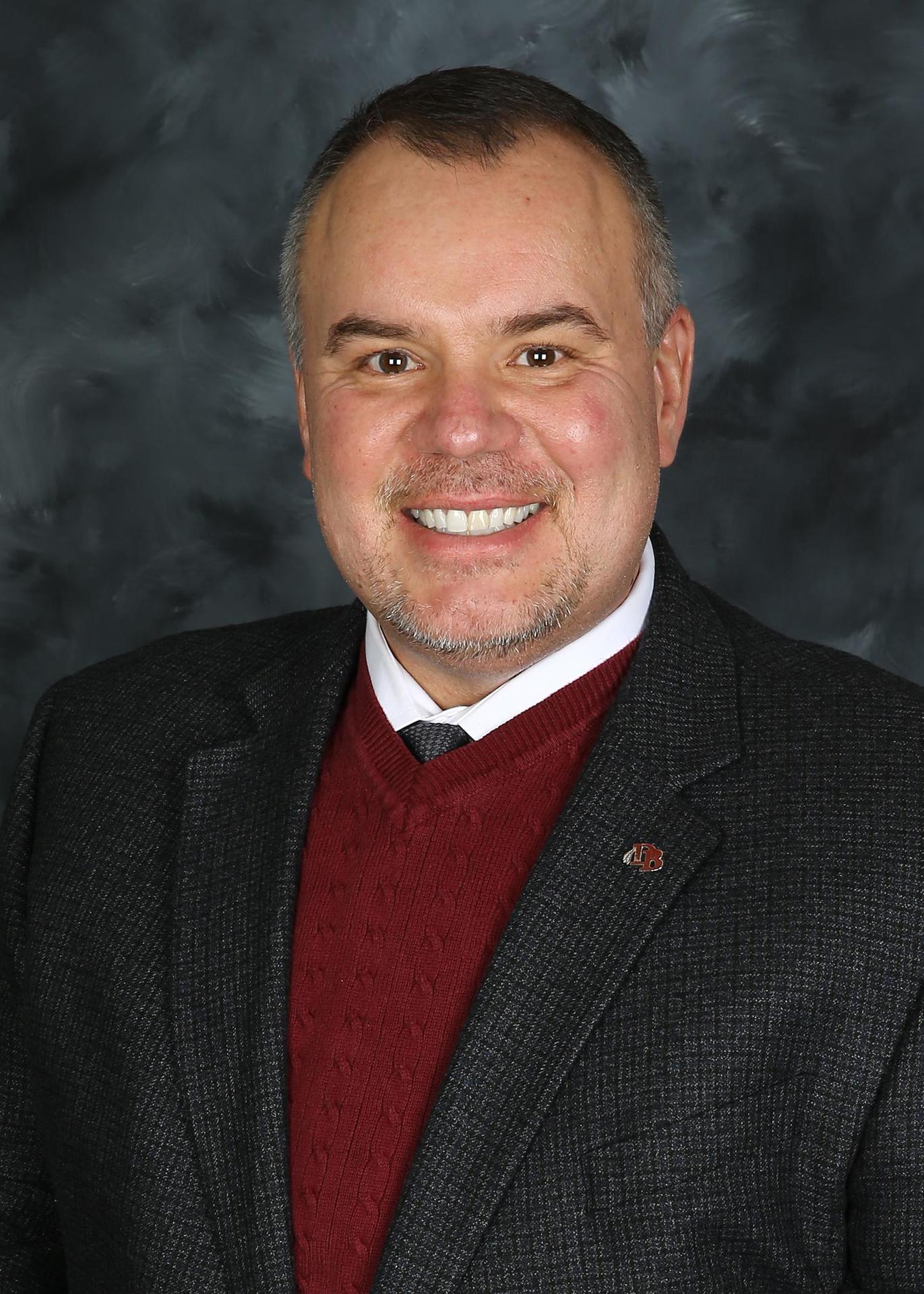 Dr. Chris Hampton has served as Interim Superintendent of Kingsport City Schools (KCS) since November 2022.  In his 26 years as an educator in KCS, he has served as a special education teacher, school counselor, assistant principal, curriculum coordinator, and has spent the last 11+ years as the principal at Dobyns-Bennett High School.

Dr. Hampton holds a Bachelor of Science degree in Special Education from East Tennessee State University (ETSU), a Master’s degree in Counseling from ETSU, and a Doctorate degree in Educational Policy and Leadership Analysis from ETSU. 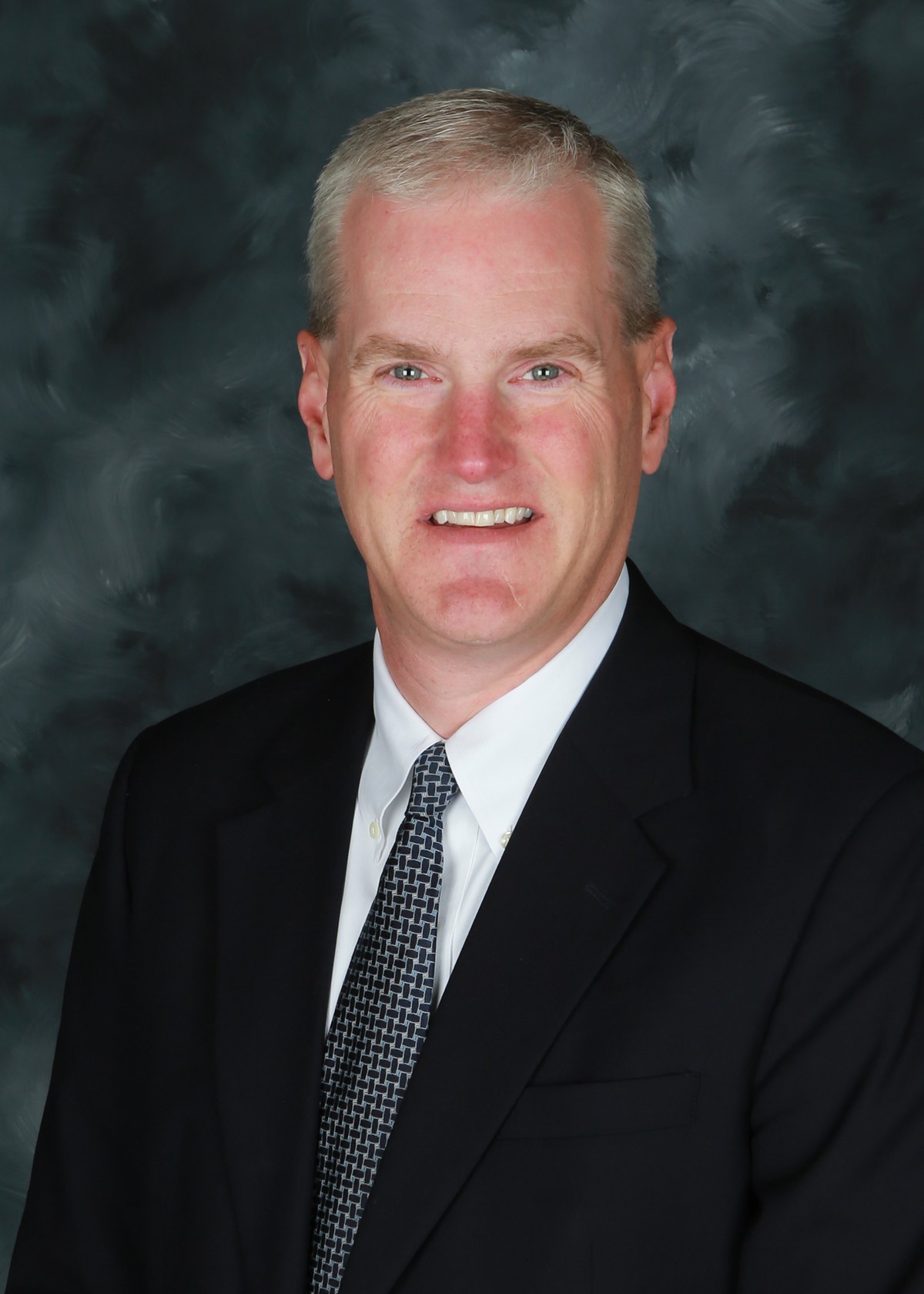 Dr. Andy True has served as Assistant Superintendent – Administration since March 2016. He is responsible for the leadership and implementation of the district’s administrative functions and departments.  Dr. True has previously served as the KCS Chief Administrative Officer, overseeing all system communications and community relations, managing district administrative duties, and completing special projects for the district.

In his 20+ years with KCS, Dr. True has also served as a 4th and 5th grade classroom teacher and elementary school associate principal.  He holds a Bachelor of Science degree in Communications and a Master’s degree in Education from Milligan University, and an Educational Specialist degree and a Doctorate degree in Educational Policy and Leadership Analysis from East Tennessee State University.

Dr. True has held leadership positions on several community-related governing boards, including serving as the Chair of the United Way of Greater Kingsport Children and Youth Vision Council and Chair of the “United We Read” Early Grades Literacy Initiative. He has served on the Eastman Community Advisory Panel, the Greater Kingsport Family YMCA Board of Directors, the Leadership Council of the STRONG Accountable Care Community, and the Board of Examiners for the Tennessee Center for Performance Excellence.

He has been married for 25 years to his wife, Annette (a teacher in Kingsport), and has two children who have attended Kingsport City Schools; a son who is a Senior at Dobyns-Bennett High School and a daughter who is a Sophomore at Milligan University. 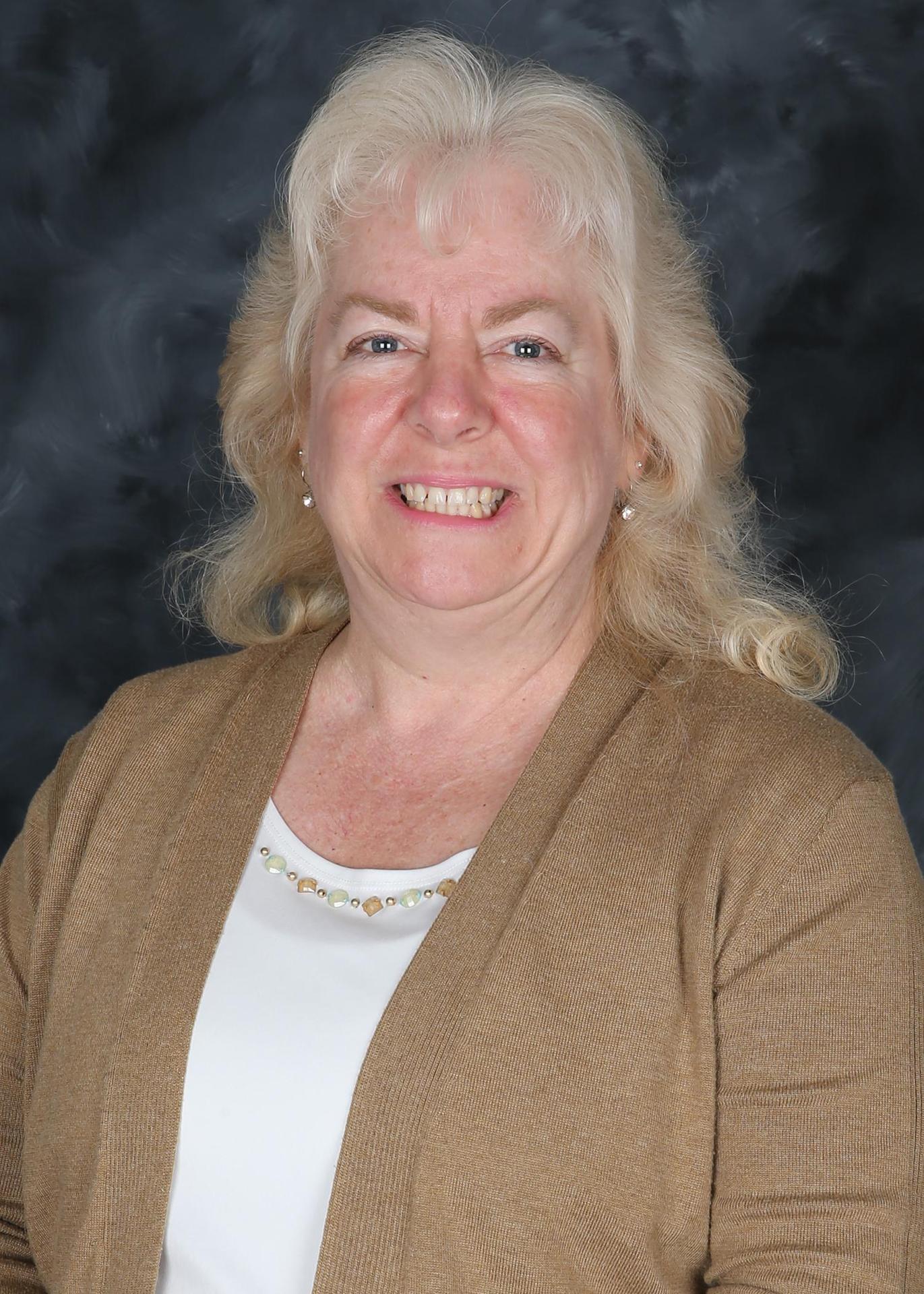 Dr. Rhonda Stringham, is in her fifth year serving at Kingsport City Schools Assistant Superintendent - Instruction. She is responsible for the leadership and implementation of the district’s instructional programs including core content, pedagogy, and professional learning.
Dr. Stringham’s 37-year educational career includes roles as a secondary math teacher, assistant principal and building test coordinator, curriculum supervisor, assistant superintendent of curriculum, and superintendent of Geneva City Schools in south Alabama. As a district leader, she has been responsible for professional learning, technology enhancements, project-based learning programs, new teacher induction and mentoring, and curriculum development.
She holds a Bachelor of Science degree, a Master’s of Education, and an Instructional Specialist degree in Secondary Mathematics from the University of South Alabama in Mobile, AL and a Doctorate in Curriculum and Teaching from Northcentral University in San Diego, CA. She is a member of the Association for Supervision and Curriculum Development (ASCD) and Tennessee Organization of School Superintendents (TOSS).
Dr. Stringham and her husband of 35 years, RK, reside in Kingsport. 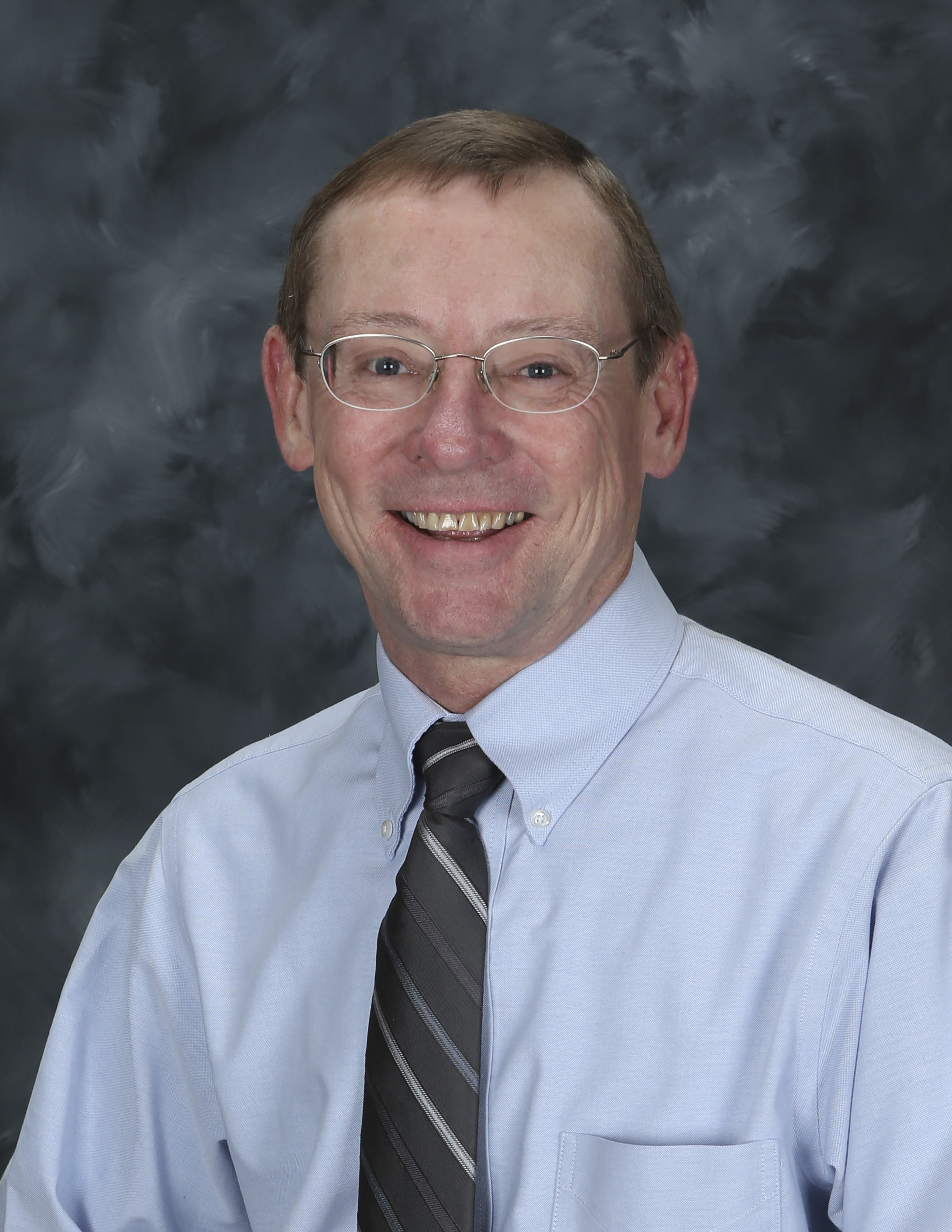 David Frye, Chief Finance Officer, has spent most of his professional career with Kingsport City Schools. In 1991, he was hired as the Manager of Fiscal Affairs. The main responsibility of this position is budget preparation and oversight.  Additional duties include payroll and procurement supervision. In 2013, he was named Chief Finance Officer.

Previous to Kingsport City Schools, Mr. Frye was employed with the City of Kingsport as an accountant and was in the position of accounting supervisor.

Mr. Frye is a graduate of Dobyns-Bennett High School and earned a Bachelor of Business Administration degree with a major in Accounting from East Tennessee State University.

He and his wife, Susan, have one child, Preston. 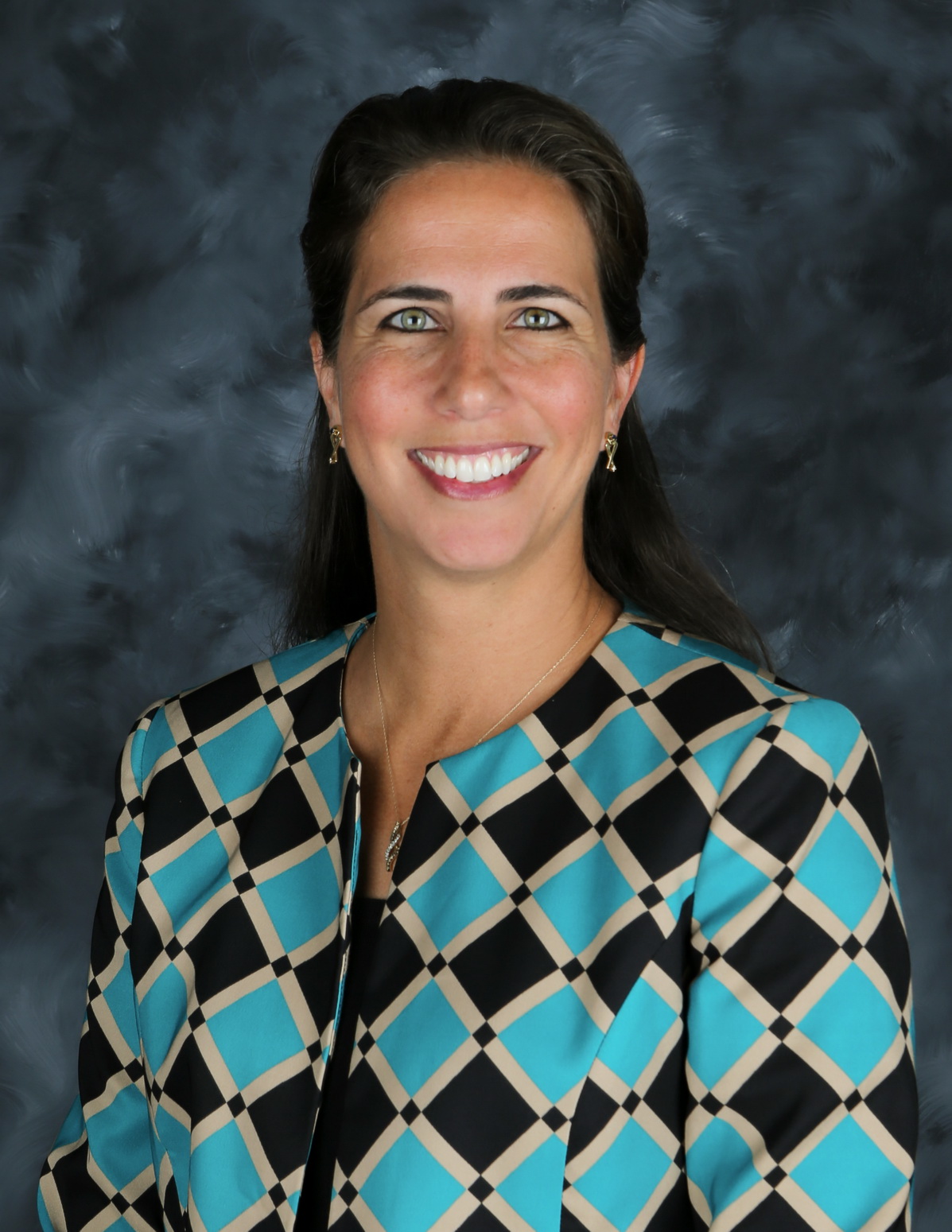 Jennifer Guthrie has been employed by Kingsport City Schools since July 2015. Prior to joining KCS, she served as human resources manager and corporate council for United Coal Company in Blountville, Tennessee, a leading metallurgical coal producer employing a 1,300 person non-union workforce.

Mrs. Guthrie has more than a decade of legal and human resources experience working with legal firms in Miami, FL and Knoxville, TN as a corporate attorney. Early in her career, she also spent time as a high school teacher and volleyball coach/sponsor in Miami.

Mrs. Guthrie holds a Bachelor of Arts degree from East Tennessee State University and a Juris Doctorate from the University of Miami School of Law. She is licensed to practice law in both Florida and Tennessee.

She and her family reside in Kingsport. 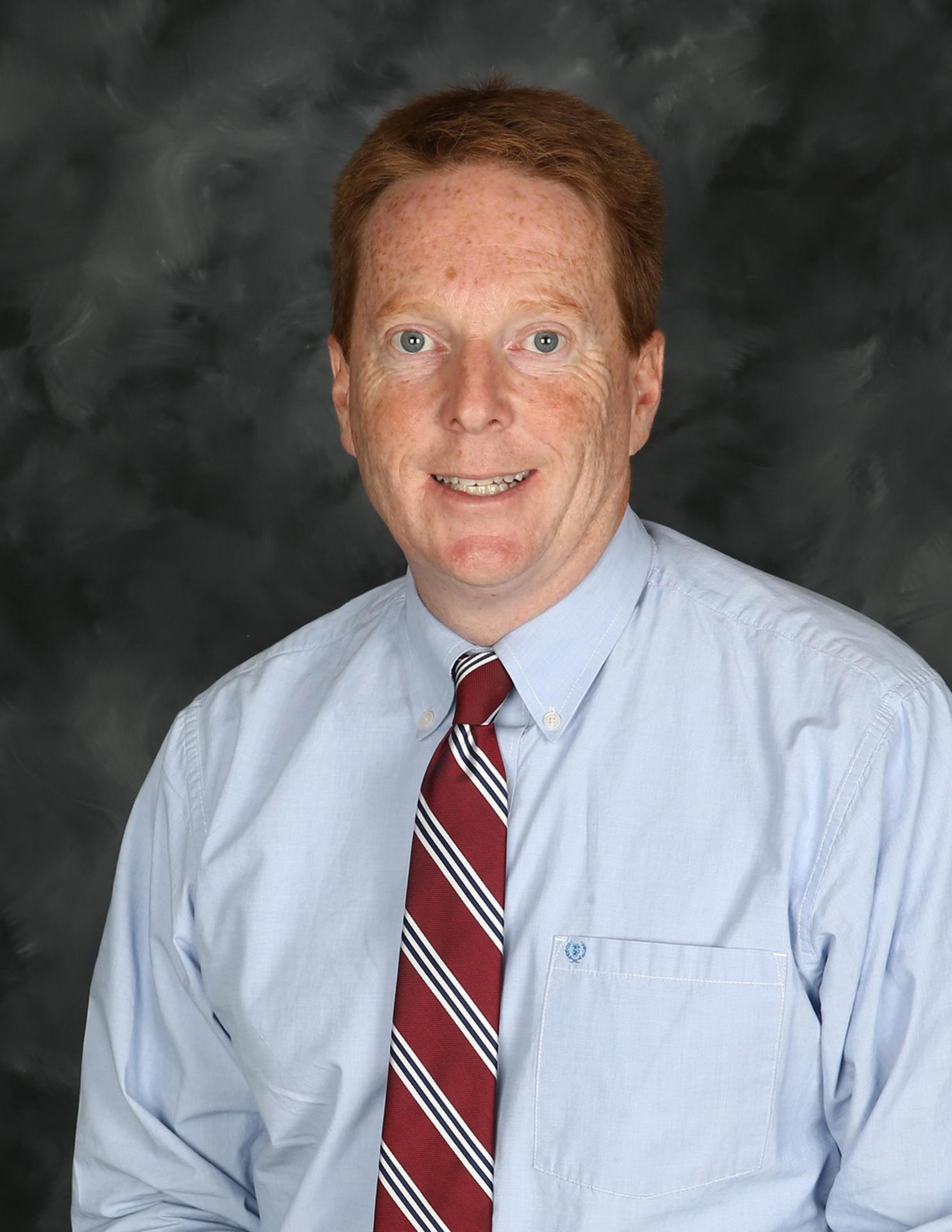 Jim Nash is the Chief Student Services Officer for Kingsport City Schools, directing all special education and student services operations for the district.
Mr. Nash has been employed by KCS for 28 years.  Prior to his current role, he has served as counselor and associate principal at John Sevier Middle School, assistant principal of Dobyns-Bennett High School, and principal at Ross N. Robinson Middle School.
He holds a Bachelor of Science degree and Master’s of Arts in Educational Psychology from Tennessee Tech University, and an Educational Specialist Degree in Educational Leadership from the University of Tennessee.
Mr. Nash was named the 2019 KCS Supervisor of the Year, an award nominated by his peers. Additionally Mr. Nash has served on several community boards including the Eastman Community Advisory Panel and the United Way's AveNew Drug Education and Prevention Committee.
He and his wife, Joanna (a teacher in at Dobyns-Bennett High School), have three children that have attended Kingsport City Schools; a daughter who is a senior at the University of Alabama at Birmingham, a daughter who is a freshman at UT Chattanooga, and a son who is a sophomore at Dobyns-Bennett High School. 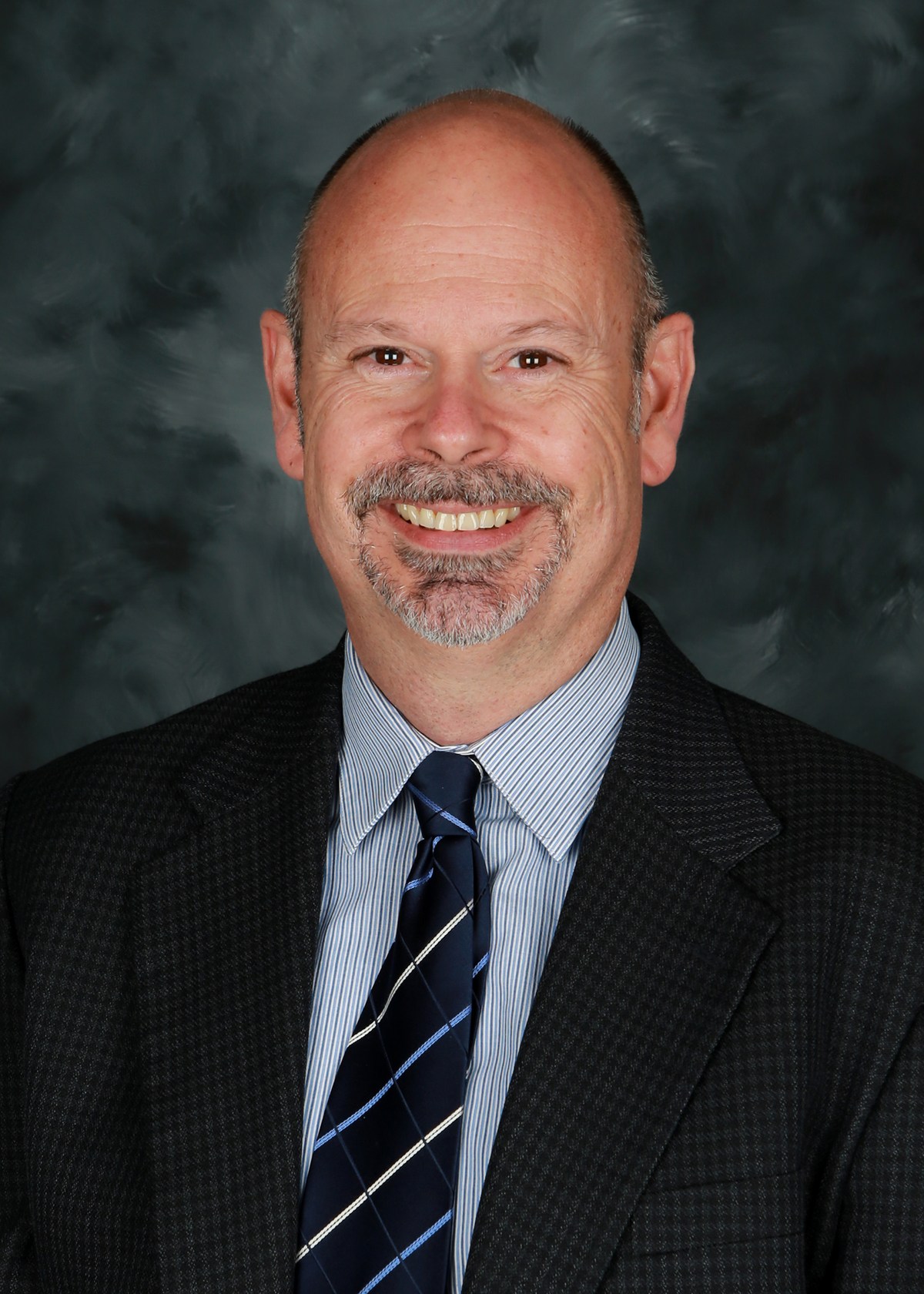 Dr. Dwain Arnold, Chief Academic Officer - Elementary, has spent most of his professional career as an educator with Kingsport City Schools. In 1988, he began his KCS career at Washington Elementary School where he taught 2nd and 5th grades. Dr. Arnold served on the leadership planning team for the new Washington Elementary and became a multi-age teacher grades 3-5 when the doors opened in 1994.
After teaching multi-age for several years, he accepted the role of assistant to the principal at Jefferson Elementary and later served as interim principal. Following Jefferson, Dr. Arnold traveled to Dobyns-Bennett High School and became an assistant principal. In the fall of 2003, he was appointed principal at Roosevelt Elementary. During the summer of 2008, Dr. Arnold was chosen as principal of John Adams Elementary and was given the opportunity to aid in the planning and creation of Kingsport’s newest elementary school. During the spring semester of 2012, he served as Interim Superintendent while a new superintendent search was conducted. Most recently from August 2017 to February 2018, Dr. Arnold served as Interim Superintendent of Kingsport City Schools.
Previous to Kingsport City Schools, Dr. Arnold was employed with Scott County Schools, Virginia as an assistant working with gifted and talented students. He also taught 2nd and 3rd grades in Martin County, Kentucky. Dr. Arnold has served as a local, state, and national consultant in the field of education.
Dr. Arnold earned a Bachelor of Arts degree from Berea College in Elementary Education, a Master’s of Science from Radford University in Counseling and Human Development, and a Doctorate from East Tennessee State University (ETSU) in Educational Leadership and Policy Analysis.
Dr. Arnold has been an elementary Teacher of the Year in Kingsport and a Presidential Awardee in Mathematics representing the state of Tennessee. He was recognized by the Tennessee House of Representatives in 1998 for excellence in education. He achieved National Board Certification in 1999. In 2013, Dr. Arnold was selected to the ETSU Clemmer College of Education Alumni Hall of Fame. 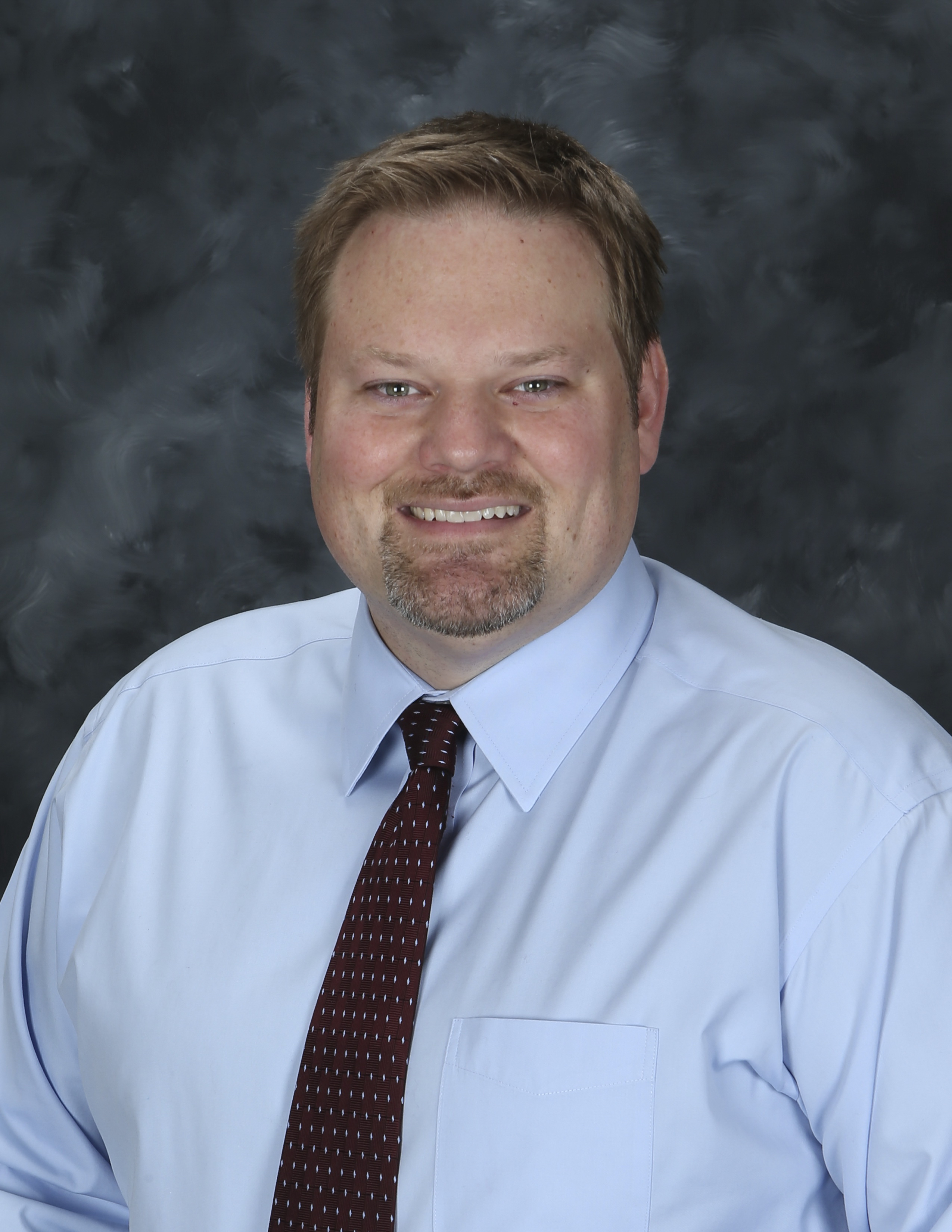 Dr. Brian Cinnamon is the Chief Academic Officer – Secondary for Kingsport City Schools. He is responsible for the supervision of middle and high school curriculum and instruction.  This support includes curriculum leadership (implementation and sustainability), program planning, and leadership development.

During his career he has served on several governing boards and councils, including Palmer Center Foundation, Appalachian Association for the Education of Young Children (AAEYC), as well as initiation of the school-readiness initiative in Kingsport by partnering with community entities. More recently, he has served and participated in the following: ACT Work Ready Community Council, Tennessee STEM Innovation Network - Innovative Leaders Institute, STEM Council for the Tennessee Department of Education, Advisory Councils at ETSU (STEM and ELPA), Tennessee Science Education Leadership Association (TNSELA), and Reviewer for TSIN STEM School Designation process. While in Kingsport City Schools, Dr. Cinnamon has provided oversight, support, and leadership in several areas, including MTSS, Special Education, STEM, Instructional Technology, Career Readiness, and Curriculum/Instruction.

Dr. Cinnamon and his wife, Rachel (a teacher in Kingsport), have two children, Ruthie and Henry who attend Kingsport City Schools. 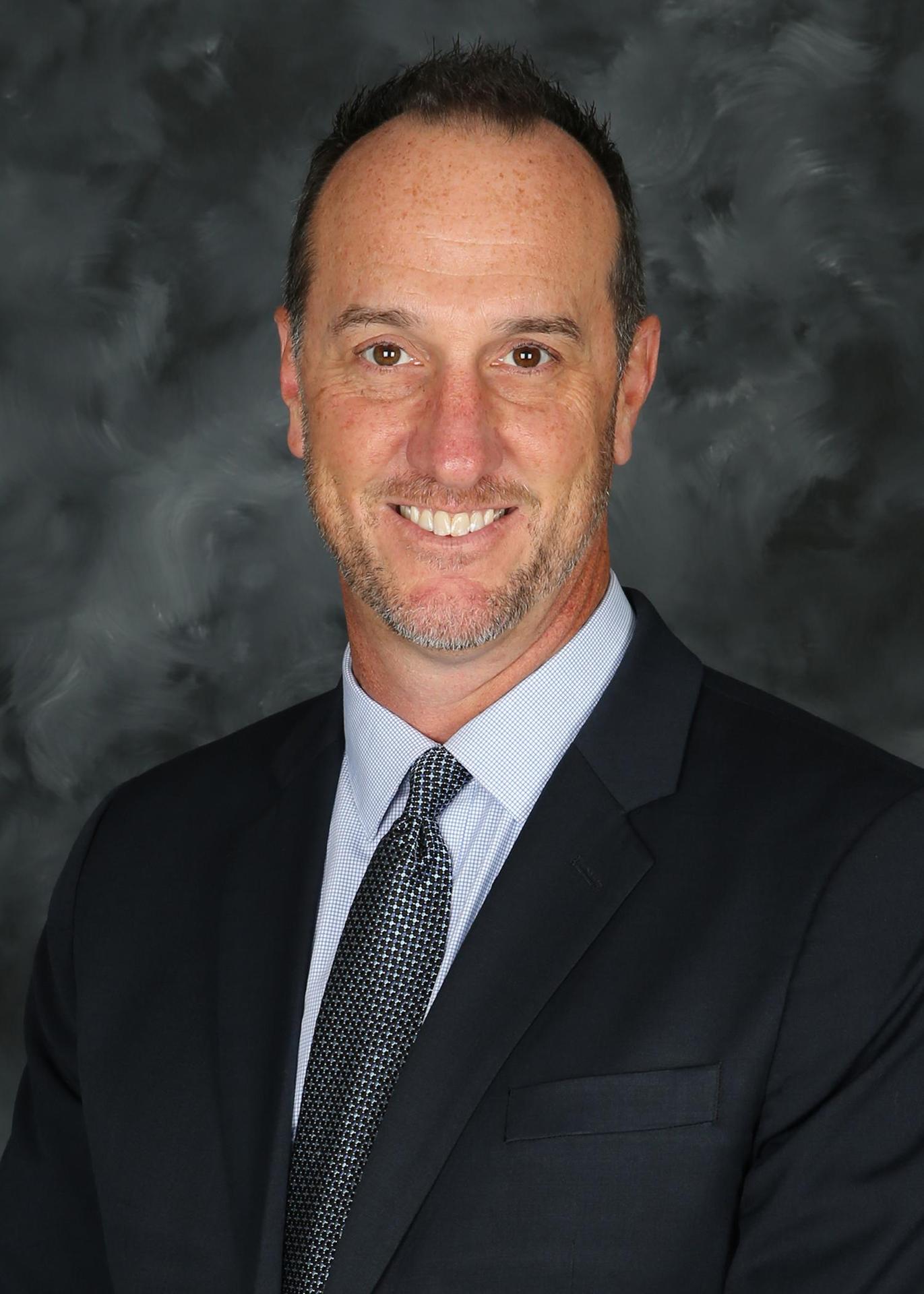 Andy Arnold is the Chief Technology Officer for Kingsport City Schools since June 2021. He oversees all technology operations for the district, including all programs, services, policies, support, and programming.
He has most recently served as principal of Vance Middle School in Bristol (TN).  Throughout his 25+ year educational career, he has also served as a technology teacher, an athletics coach, and for 15 years, as a director of technology and chief technology officer with Bristol (TN) City Schools. Mr. Arnold’s statewide technology leadership experience includes serving as the Chairman of the Board of Directors of the Tennessee Educational Technology Association for three years.  He was awarded the ISTE Making IT Happen award in 2017 for his leadership within the organization.
Mr. Arnold holds two Master’s degrees: a Master of Arts in Education from Cumberland University, a Master of Arts in Educational Leadership and Administration from Union College, and a Bachelor’s degree in Technology Education from Appalachian State University.  He also holds the Certified Educational Technology Leader (CETL) certification from the Consortium of School Networks (CoSN).
Mr. Arnold and his wife, Piper, reside in Bristol and have three daughters. One daughter is a senior at Tennessee High School, one is a sophomore at ETSU, and one is a civil engineer in Durham, NC.