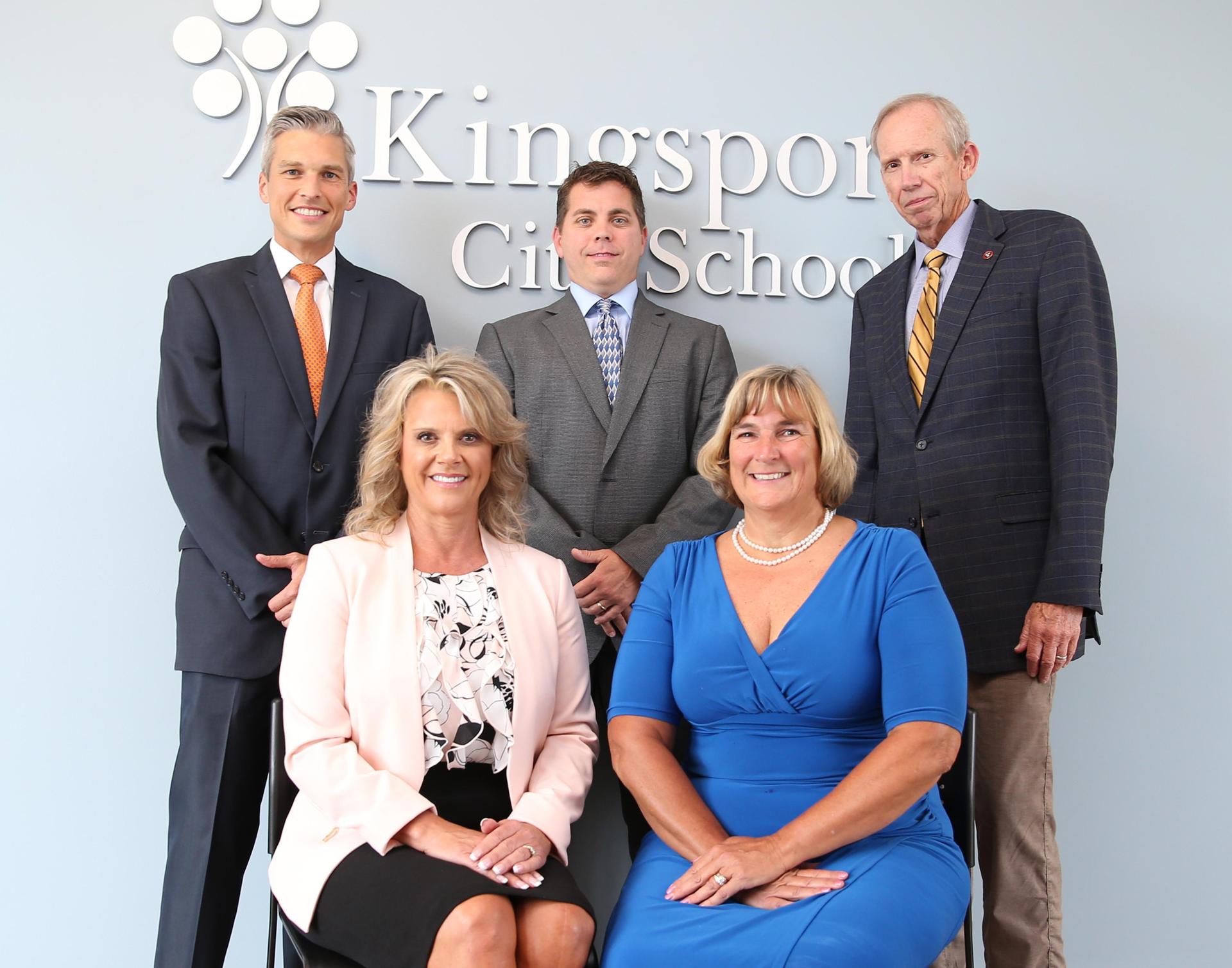 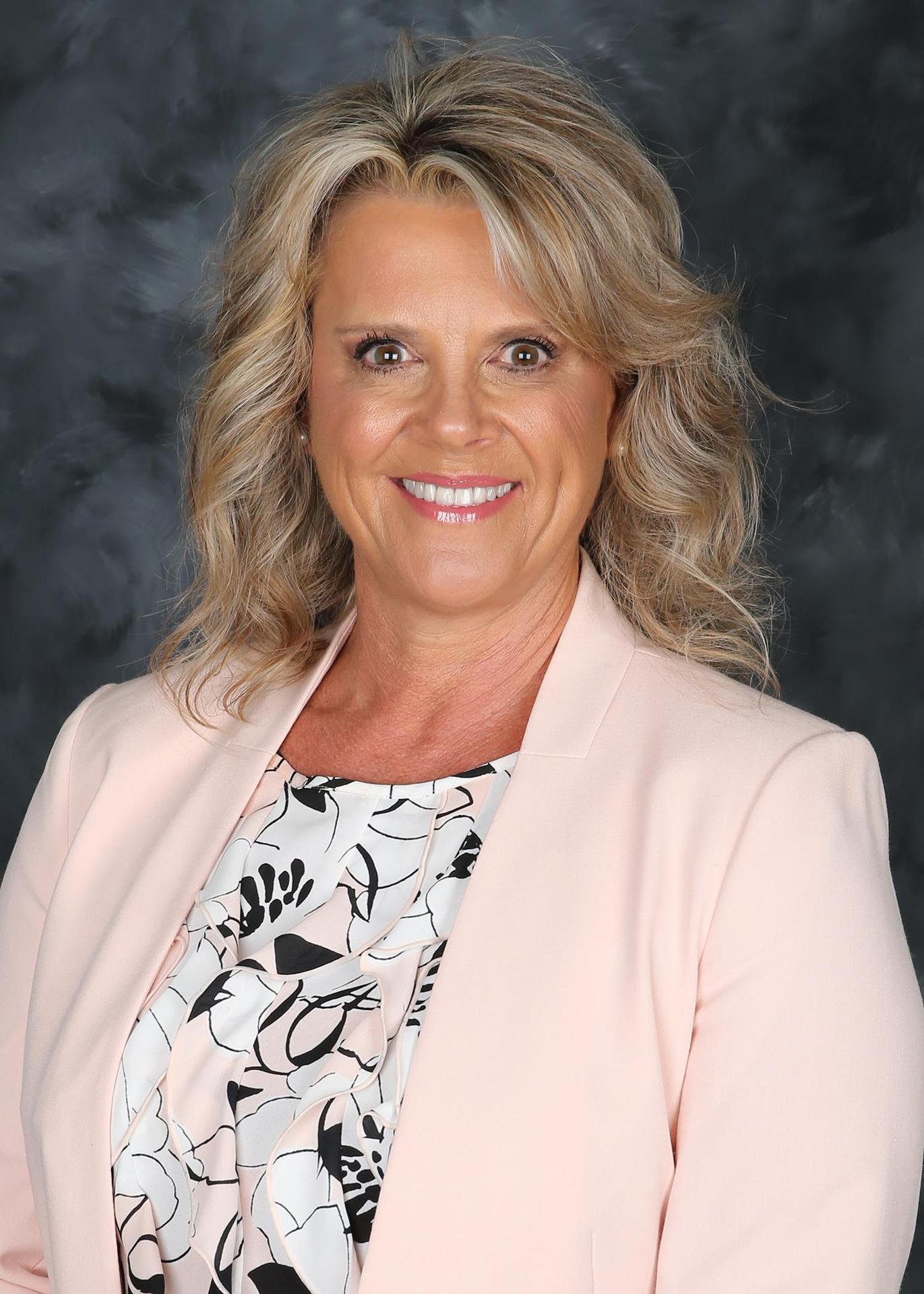 [email protected]
Melissa Woods was elected to her first four-year term on the Board beginning July 1, 2021 and was elected president of the Board in 2022.
Born and raised in Elizabethton, Tennessee, Mrs. Woods graduated as class valedictorian. She earned her Bachelor’s of Science degree in Accounting as an Honors graduate from Milligan University.
Mrs. Woods moved to Kingsport over 30 years ago to become an Accountant & Systems Analyst at Eastman.  She has experience in information technology, cost accounting, and was the Staff Assistant for the Eastman Maintenance Division.  She currently serves as the Director of Music Ministries at Colonial Heights Christian Church.
After leaving her corporate career in 1999, Mrs. Woods shifted her focus to community service. She has worked alongside teachers, coaches, and the KCS administration for the past two decades. Her involvement has been very diverse; she has served as a homeroom mom, PTA president, Dobyns-Bennett High School Band president, and in many other leadership roles along the way.
Mrs. Woods also has a track record of service to the Kingsport community.  She has volunteered in roles with the Women’s Symphony committee, the Kingsport Tomorrow Vision team, and Kingsport’s ShowTime productions as the Assistant Vocal Director.  She has been recognized as an Outstanding Young Woman of America and received a City of Kingsport Mayoral Commendation for her years of dedication to the betterment of our youth and support to the Kingsport community.  Her love for students and the desire to see them achieve their potential is the driving force behind her membership on the Board of Education.
Mrs. Woods and her husband, Jon, have been married 29 years and have three children who are Kingsport City Schools graduates. 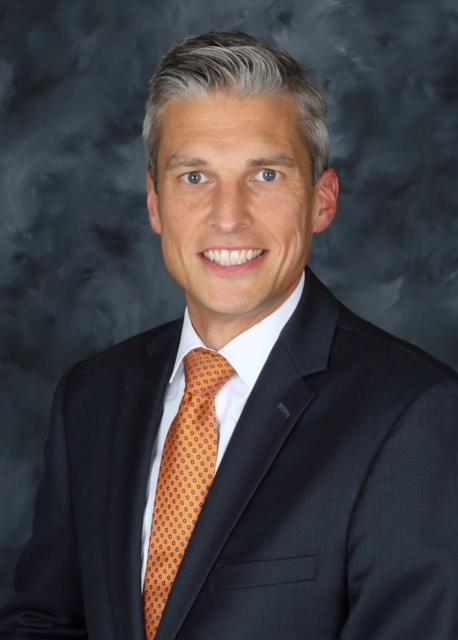 [email protected]
Todd Golden was appointed to the Board in 2014 to complete a one-year term of service due to a Board member resignation. He was elected to the Board in 2015 and re-elected again in 2019.
Mr. Golden has called Kingsport home for over 23 years.  A native of Albany, Georgia, he attended Brigham Young University - Idaho, studying business and completed a Bachelor of Arts degree in Technical Sales from Weber State University in Ogden, Utah.
After completing college, Mr. Golden worked for Hewlett-Packard in the Bay Area of California as a territory sales manager and was promoted to corporate trainer for the southeastern U.S. and Puerto Rico.  It was during this time that he elected to move to Kingsport. He has been an integral part in establishing and executing the annual Day of Service in Kingsport, taught business development and Spanish classes at the Kingsport Renaissance Center, and served as a volunteer in various community roles. Mr. Golden is a member of Healthy Kingsport, the Kingsport Chamber of Commerce, served as a full-time Christian missionary in Colombia for two years, and speaks fluent Spanish.
Mr. Golden and his wife, Melissa, have five children; four attending Kingsport City Schools and one Dobyns-Bennett High School graduate. 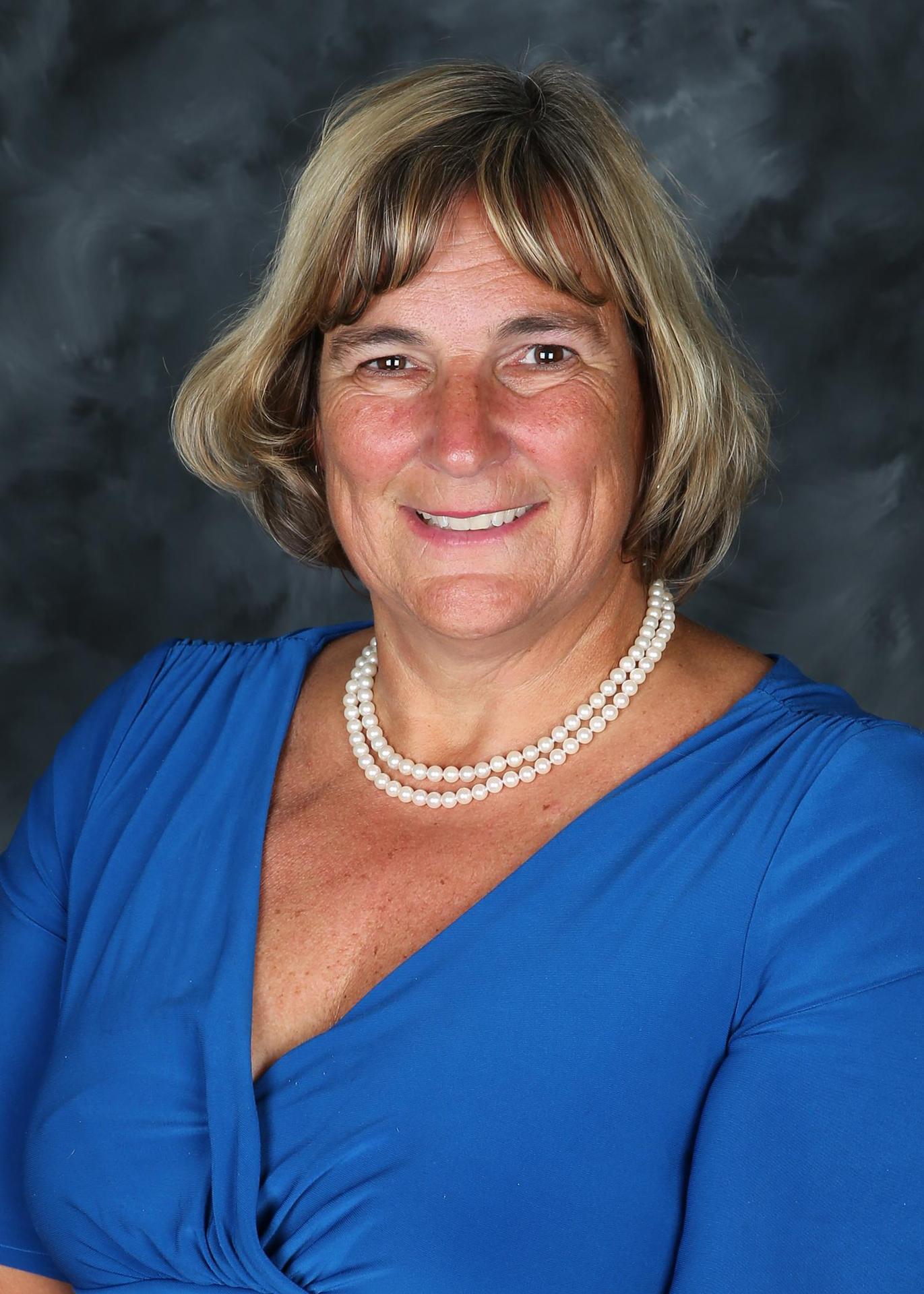 [email protected]
Julie Byers was elected to the Board in 2019 for her first four-year term. Term expires on June 30, 2023.
As a retiree from Eastman, Mrs. Byers has called Kingsport home for nearly 20 years. Born in Cincinnati, Ohio and raised in the small rural community of Greenville, Ohio, Mrs. Byers graduated from Ohio State University with a Bachelor's degree in Chemistry and a minor in English.
After graduating from Ohio State, Mrs. Byers worked as a chemist at an environmental company outside Detroit. While working, she also pursued a Master’s/PhD degree at Oakland University until Eastman offered her a sales job. After being hired, Mrs. Byers spent seven of the next ten years in Chicago in various sales and business roles before permanently relocating to Kingsport. In Kingsport, she held various roles in procurement, supply chain, Six Sigma, and logistics.
Mrs. Byers continues to volunteer in school districts in Northeast Tennessee and Southwest Virginia providing science demos, STEM nights, and leadership discussions. She is active in Boy Scouts and Girl Scouts and is a board member for First Book. Mrs. Byers, a 2008 graduate of Leadership Kingsport, has coached flag football and recreational basketball for Kingsport Parks and Recreation as well as Upward. She was campaign chair for the United Way and is very passionate about the United Way agencies, where you will often find her lending a helping hand.
Mrs. Byers and her husband, Philip, have three children who graduated from Kingsport City Schools and now are attending the University of Tennessee, University of South Carolina, and Auburn. 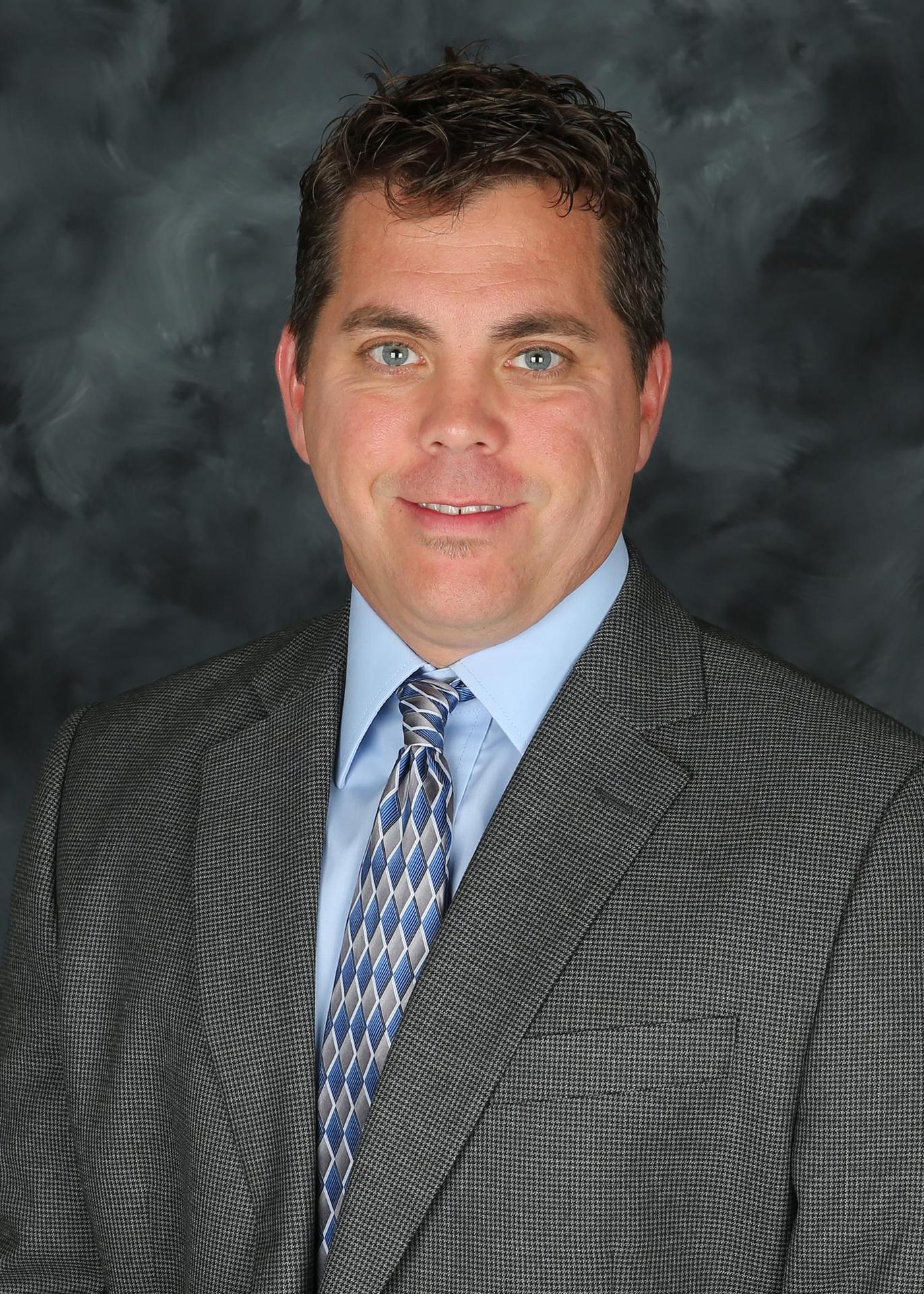 Dr. Brandon Fletcher was elected to his first four-year term on the Board beginning July 1, 2021.
A native of Kingsport, Dr. Fletcher graduated from Sullivan North High School in 1994.  After graduation, he was employed by United Parcel Service (UPS) for 11 years.  In 2005, Dr. Fletcher enrolled in Walters State Community College and graduated in 2007 with an Associate’s degree in Nursing. While beginning work as a Registered Nurse in Holston Valley Medical Center’s Cardio-Vascular and Thoracic Intensive Care Unit, he earned his Bachelor’s of Science in Nursing from King College.  He went on to earn both his Master’s of Science in Nurse Anesthesia and Doctor of Nurse Anesthesia Practice in 2011 and 2012, respectively, from the Medical College of Virginia at Virginia Commonwealth University (VCU). Dr. Fletcher was the recipient of the VCU Paul Boyan Award for clinical excellence.  He has been a practicing Registered Nurse Anesthetist at Holston Valley Medical Center and Indian Path Community Hospital since 2012.
Dr. Fletcher enjoys spending time with his family outdoors, hiking, hunting, fishing, and coaching youth sports.
In 1997, Dr. Fletcher married Leslie Lane, also a Kingsport native. They have two children currently enrolled in Kingsport City Schools. 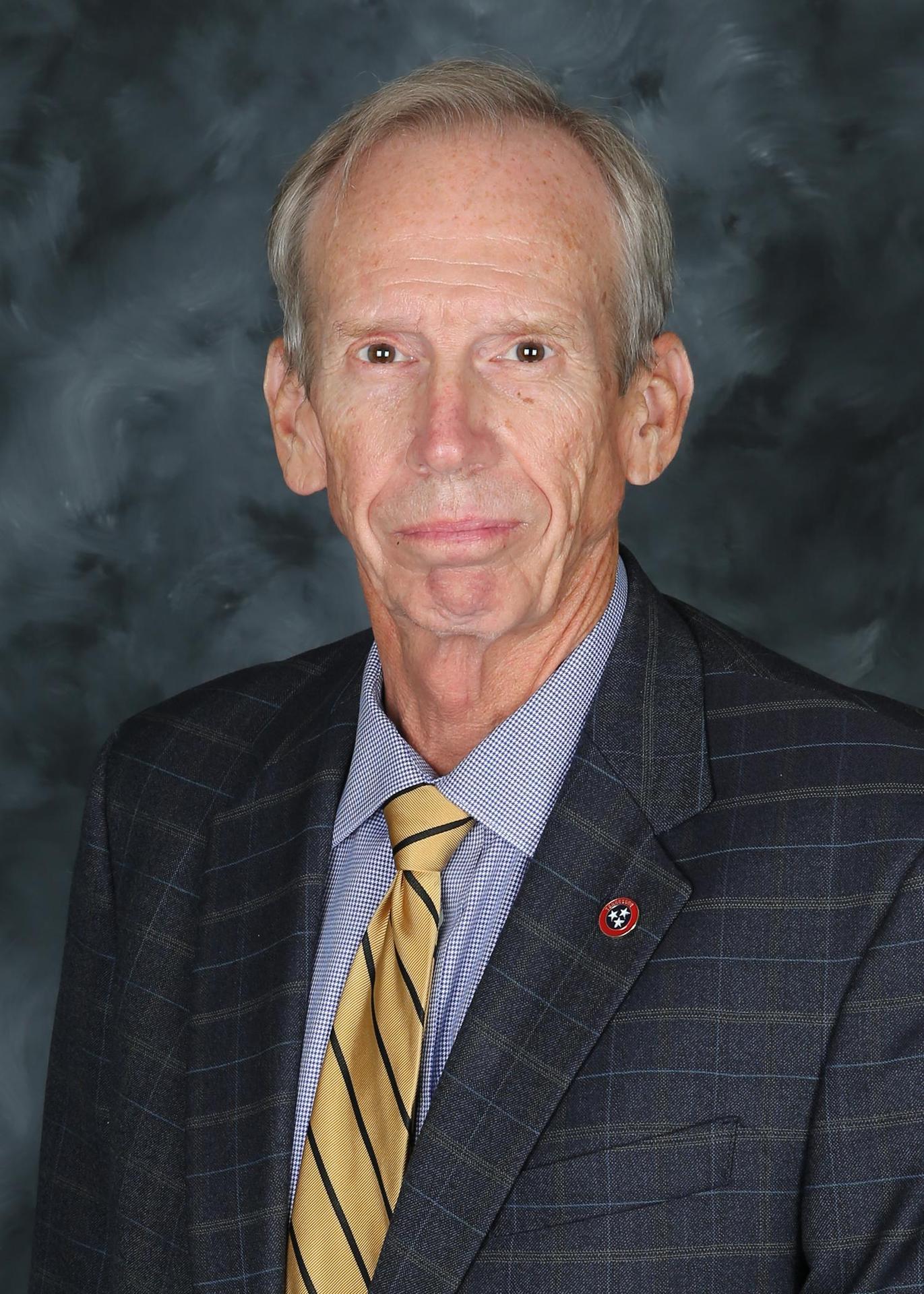 Jim Welch was elected to his first four-year term on the Board in 2019 and was elected president of the Board in 2020.
In 2018, Mr. Welch retired as the executive director of the Elizabeth R. Griffin Research Foundation; a U.S. based non-profit organization that focuses on biosafety and biosecurity in fostering global health security. Under his leadership, the Foundation was transitioned to become the Elizabeth R. Griffin Program of the Center of Global Health Science and Security of Georgetown University. He serves part-time as an affiliate to the program as well as working independently as a consultant and speaker.
Mr. Welch is a native of Kingsport and earned his degrees from East Tennessee State University and the University of Tennessee. After graduation, Mr. Welch taught and coached at Kingsport City Schools from 1976-2006 and was named to the Kingsport City Schools Hall of Fame in 2020.
Mr. Welch is a member of the Scientific Advisory Boards of the Global Biorisk Advisory Council and Germfree. He is a member of the Global Health Security Agenda Consortium (GHSAC), an international organization comprised of non-government entities active in global health security. In his role as the originating chair of GHSAC, he worked closely with the U.S. government in global initiatives involving preparing for and responding to infectious diseases and served as the non-government member of the Global Health Security Agenda Steering Group. His other international work includes serving as a member of the Joint External Evaluation Alliance (JEEA), a member of the boards of the International Federation of Biosafety Associations and the International Center for Infectious Diseases, a member of OIE’s Consolation Group on Biosafety and Biosecurity and the Law Enforcement and Veterinary International Conference of INTERPOL.
Domestically, Mr. Welch has served on the Scientific Advisory Board of National Biosafety and Biocontainment Training Program at the National Institutes of Health, as a member of the Global Health Security Agenda Roundtable, as an elected member of the Council of the American Biological Safety Association and as an external advisor to the Duke University Infectious Disease Response Training Program. He most recently served as an invited panelist on a global webcast, “COVID-19, What’s Next” hosted by the Skowcroft Institute of International Affairs at The Bus School of Government and Public Affairs of Texas A&M University.
ABSA International presented Mr. Welch with the John Richardson Humanitarian Award in 2011. He is named honorary member of the Association of Primate Veterinarians, the International Biosafety Working Group, Asia-Pacific Biosafety Association, European Biosafety Association, African Biosafety Association, and the national biosafety associations of Mexico and Argentina. He has been a key speaker, panelist, moderator, and instructor at multiple professional and governmental conferences as well as private companies and university programs around the world. In 2021, Mr. Welch was honorarily named as a Paul Harris Fellow of Rotary International.
Mr. Welch and his wife, Victoria, have two grown children, who both attended Kingsport City Schools from kindergarten through graduation. They also have five grandchildren whom they adore.