The Kingsport City Schools Board of Education held its regularly scheduled meeting on Tuesday, November 13, 2018. Several key items were discussed, including:

The Pledge of Allegiance was led this evening by Easton Leedy, Knox Morris, and Madilynn Winningham.  Easton, Knox, and Madilynn are pre-k students at the Palmer Center.  Easton is the son of Ryan and Hunter Leedy.  Knox is the son of Kara Robbins and Wesley Morris.  Madilynn is the daughter of Brandon and Brittany Willingham.

Board member Mrs. Susan Lodal recognized ten D-B seniors who have been named Commended Students in the 2019 National Merit Scholarship Program.
Board President Mrs. Carrie Upshaw recognized seven D-B seniors who have been named semi-finalists in the 2019 National Merit Scholarship Program.
Mrs. Upshaw reconginzed American Electric Power for their donation to Kingsport City Schools to support robotics and LEGO League teams through STREAMWORKS.
In a special recognition, Mrs. Upshaw presented Dr. Dwain Arnold with a bobble head to thank him for his long service to KCS and his leadership as KCS Interim Superintendent during the administrative transition last winter.

The Board considered a proposal to approve a bid for the replacement of the field surface of J. Fred Johnson Stadium.

The next meeting of the Board of Education will be a work session on Tuesday, November 27, 2018 at 6 p.m.  The work session will take place in the Tennessee Room of the Administrative Support Center (400 Clinchfield Street).

Read and follow our blog, "We Are KCS" to learn more about the great people and programs of Kingsport City Schools. Check it out at www.WeAreKCS.com. 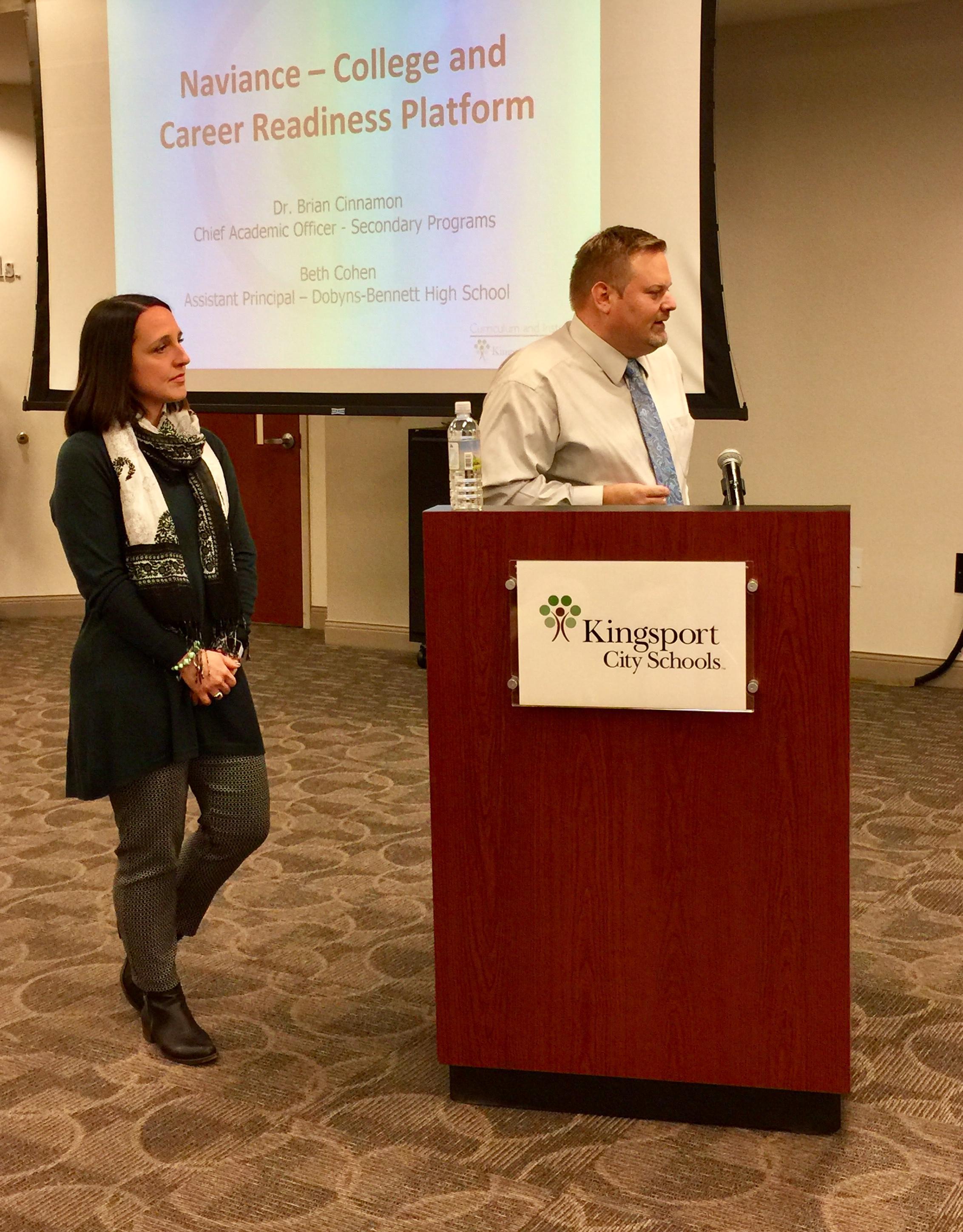 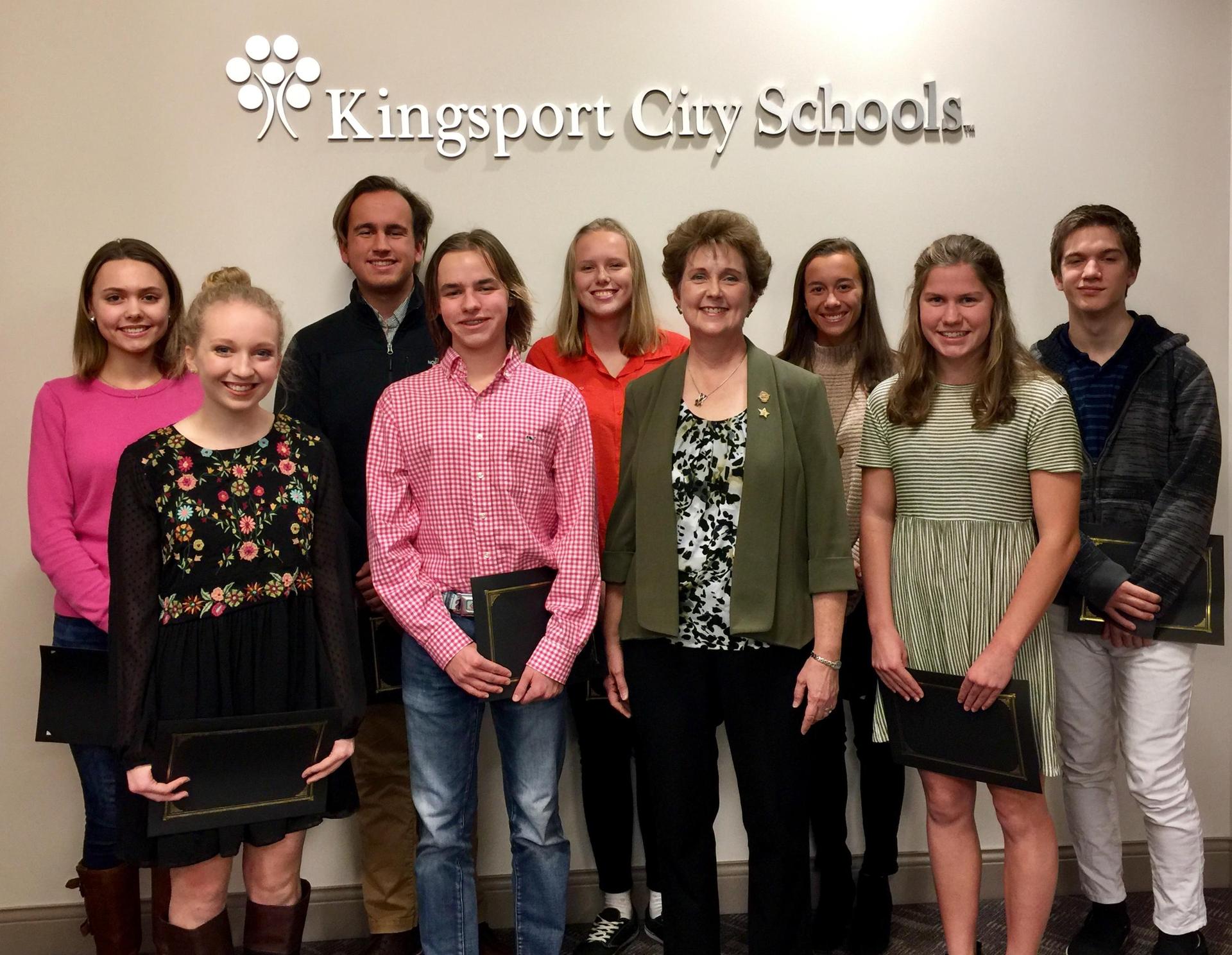 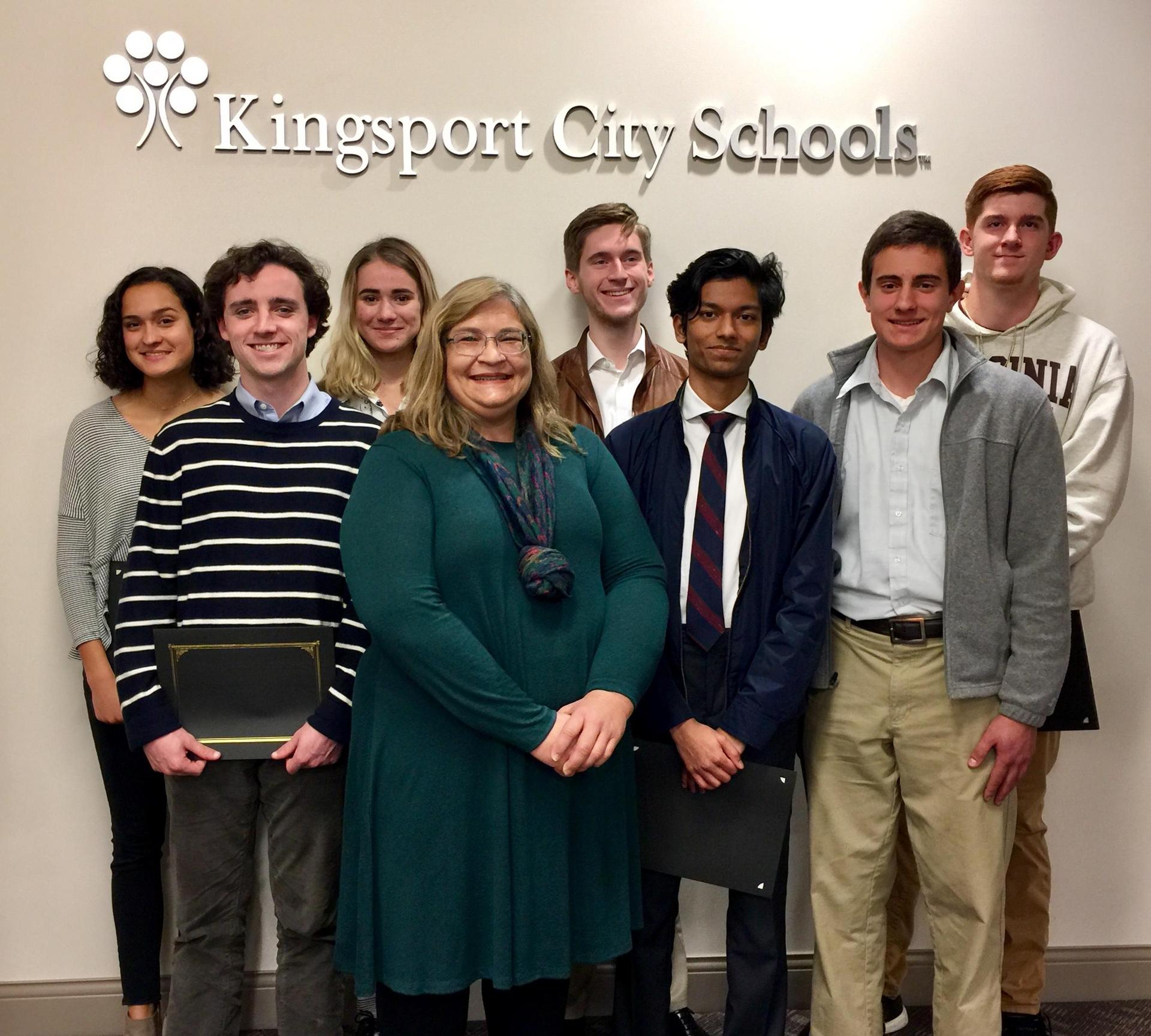 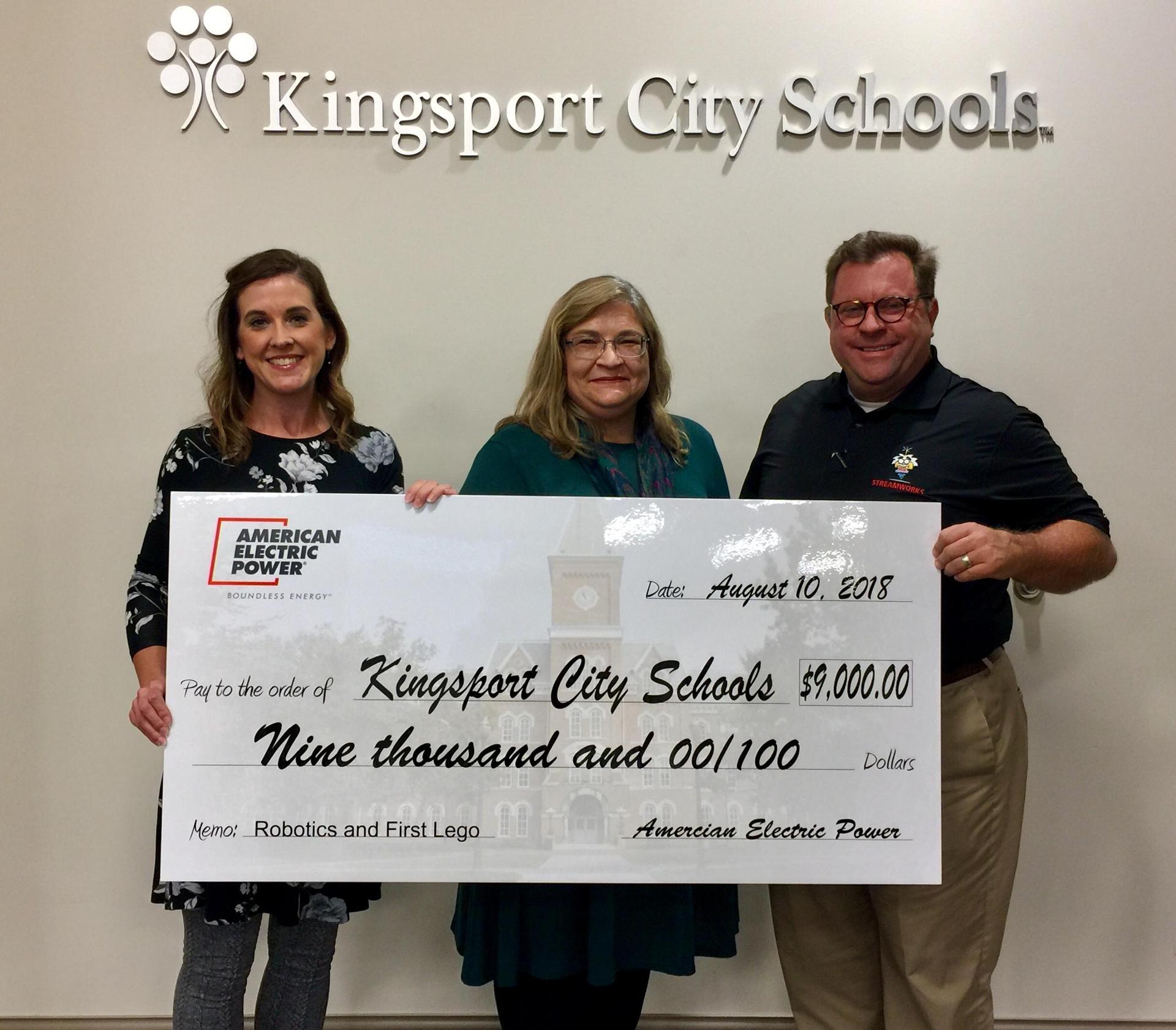 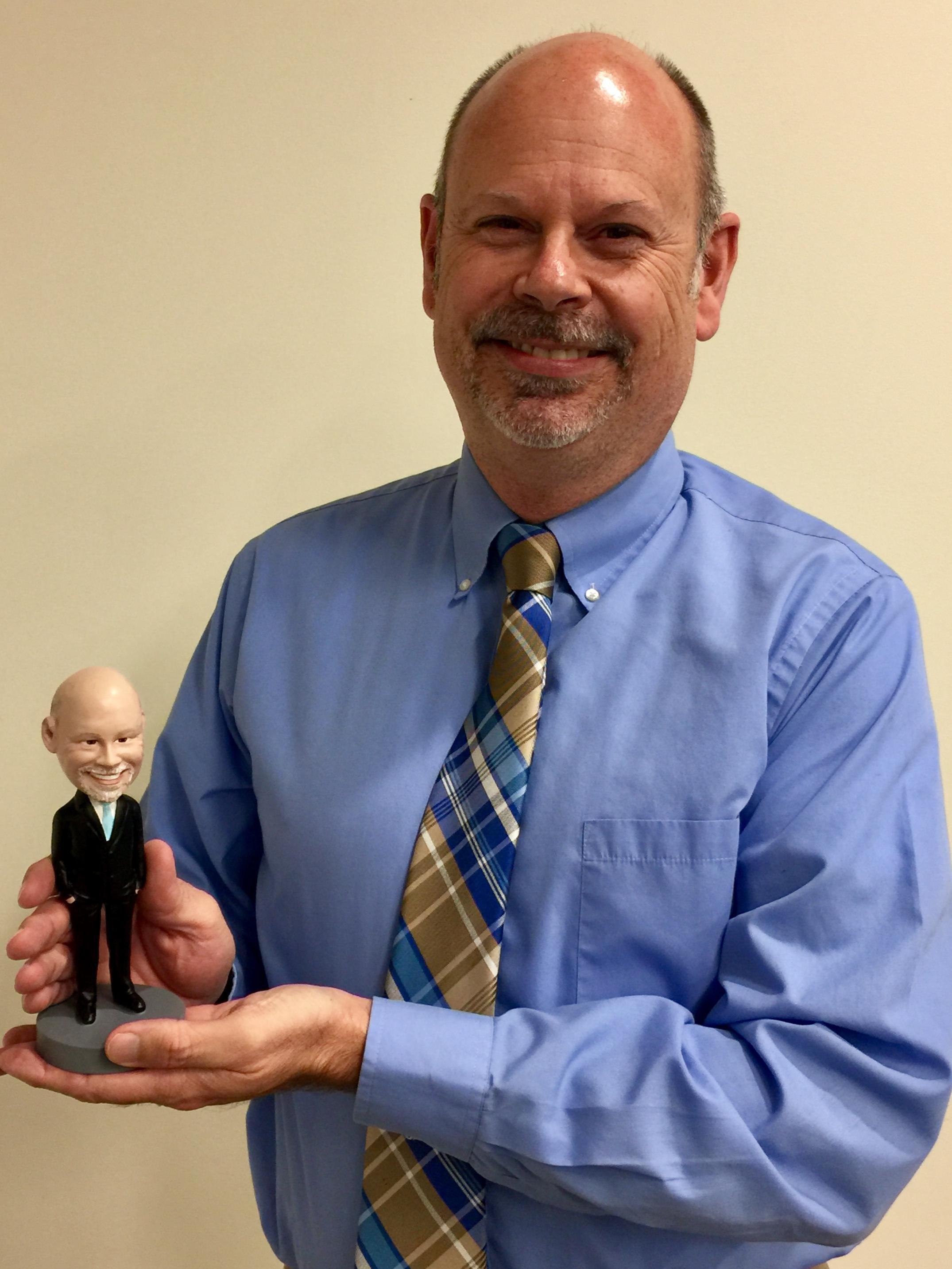